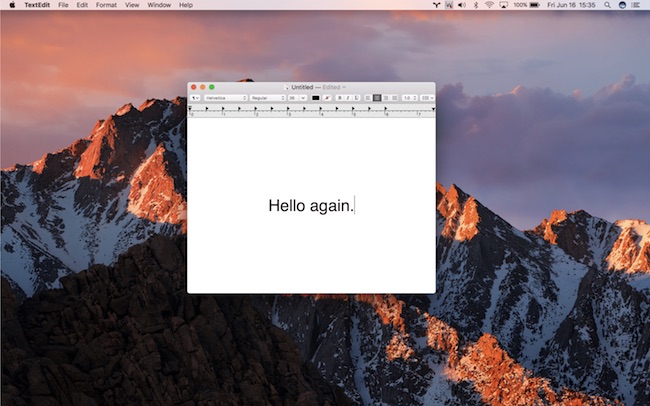 Well, that didn’t take too long.

If you’ve been following along, you know that I’ve been trying to use Linux for my local development purposes on an Intel NUC (as well as a Lenovo laptop). I have to say, I still love the NUC and am going to find another use for it somehow, I’m just not sure what yet. However, Linux was somewhat of a disaster for me.

I like to think that I really gave desktop Linux a fighting chance. I’ve been using it for all my development since October of 2016 in one flavor or another. I used elementaryOS until around February when I got fed up with its quirks and switched to Ubuntu. Well, I tried. It was an unending battle with drivers, external displays, wiped USB drives, failing installers, and this:

Thankfully, I have almost all of my code in private GitHub repositories, but I did lose some prototypes. I’m not sure if I shouldn’t have relied on Ubuntu’s Trash mechanism working correctly or if it should just work out of the box, but I don’t really care anymore at this point.

So, even though no major Mac changes were announced at WWDC a few days before, I bit the bullet and pulled the trigger on a new 13” 2017 MacBook, which arrived on my doorstep yesterday.

So far, I don’t like its lack of non-USB C ports, the touchbar is a bit awkward to use, and the price is just plain wrong ($2,300 for a 13”, 3.3GHz i5, 16GB of RAM). However, I do like its light weight, the retina screen, the huge touchpad, its battery life, and the changes to macOS since El Capitan.

Overall, not too bad.

I may do a long term follow up to see if it will last as long as its 2012 15” predecessor. Until then, I’m just happy that I can move files to the trash and potentially restore them if I really want.