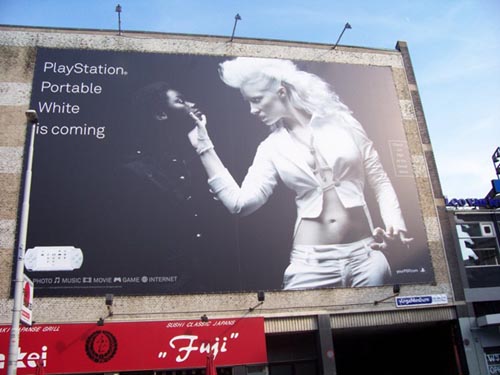 Just.. Wow. The nerve of this company. To celebrate the coming of a white PSP, Sony has launched this Ad-Campaign in my home country of The Netherlands. The reason for this is that there is a much smaller population of black people than there than other European countries. What I don’t understand is that the Dutch government let this through their census. Certainly NL couldnt have changed that much since I’ve left? WTF Sony and Netherlands?!